Fatima is a Message for All People and for All time

Fatima Teaches us the Power of Spiritual Acts of Reparation

Fatima's Miracles is the most profound since Jesus, because the Message is so Profound

Association of Pontifical Right and it speaks with Ecclesiastical authority on the Message of Fatima? 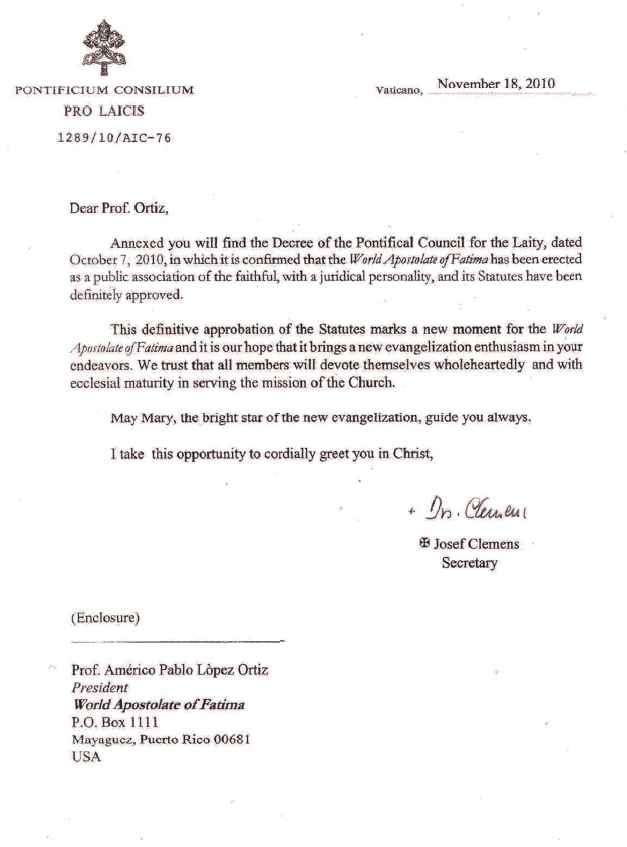 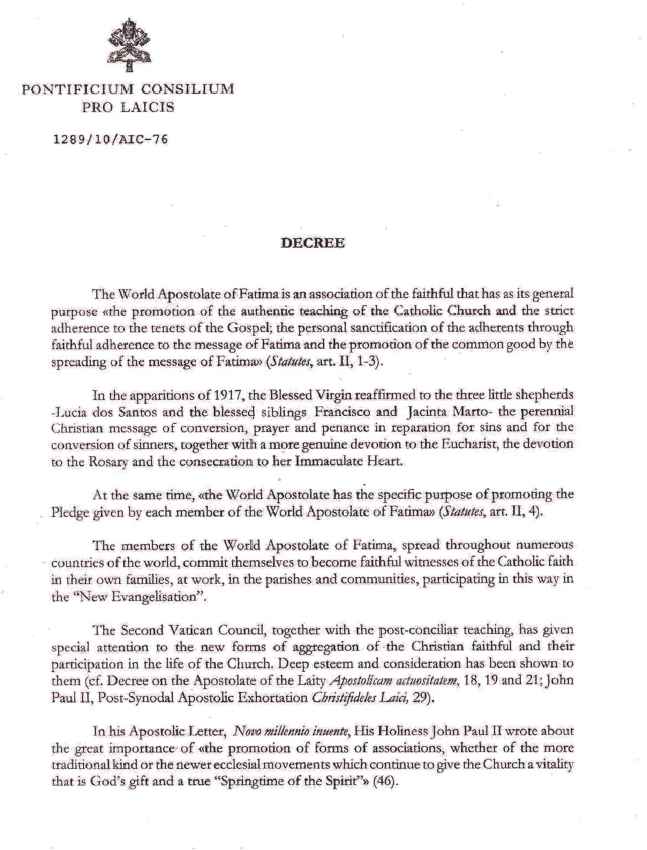 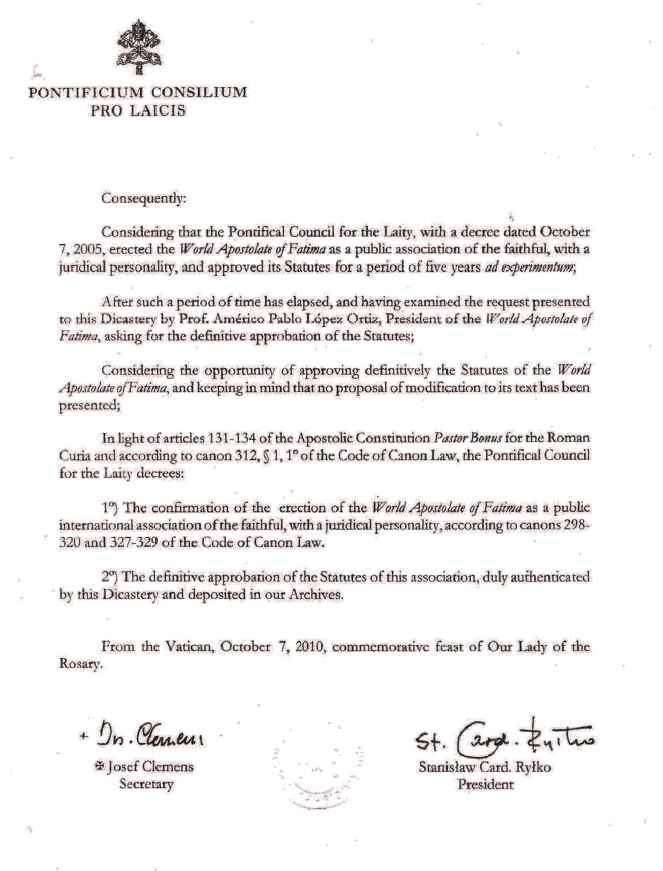 94th Anniversary of Sixth Apparition of Our Lady of Fatima 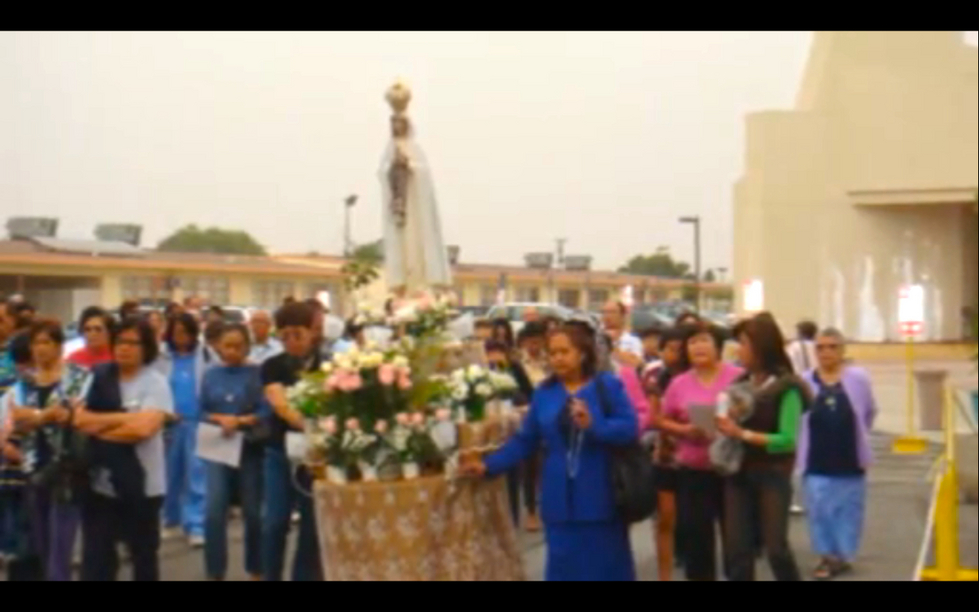 Rosary Procession follows after 8am Mass

Our Holy Father Pope Benedict XVI prays to Our Lady of Fatima during his visit to Portugal on May 13, 2010 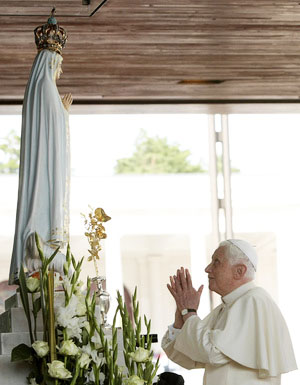 Our Holy Father Pope Benedict XVI prays to Our Lady of Fatima during his visit to Portugal on May 13, 2010. In his homily he said, "We would be Mistaken to Believe that Fatima's Prophetic Mission is Complete." Six months later on the 18th of

November, the pope then raised the status of World Apostolate of Fatima to the highest level the one, holy, catholic and apostolic church can offer - Decree of the Pontifical Council for the Laity.

The urgent message of Our Lady of Fatima echoes the teaching of the Catholic Church for more than two milleniums. The ever Virgin Blessed Mother of God Mary echoes her son Jesus Christ's message of love, hope and call for repentance. "Hear, O Israel! The Lord is our God, the Lord alone! Therefore, you shall love the Lord, your God, with your whole heart, and with your whole being, and with your whole strength. Take to heart these words which I command you today. Keep repeating them to your children." (Deuteronomy 7:4-7a)